In a future world, Vampires reign. Humans are blood cattle. And one girl will search for the key to save humanity.
Allison Sekemoto survives in the Fringe, the outermost circle of a vampire city. By day, she and her crew scavenge for food. By night, any one of them could be eaten.
Some days, all that drives Allie is her hatred of them. The vampires who keep humans as blood cattle. Until the night Allie herself is attacked—and given the ultimate choice. Die… or become one of the monsters.
Faced with her own mortality, Allie becomes what she despises most. To survive, she must learn the rules of being immortal, including the most important: go long enough without human blood, and you will go mad.
Then Allie is forced to flee into the unknown, outside her city walls. There she joins a ragged band of humans who are seeking a legend—a possible cure to the disease that killed off most of humankind and created the rabids, the mindless creatures who threaten humans and vampires alike.
But it isn’t easy to pass for human. Especially not around Zeke, who might see past the monster inside her. And Allie soon must decide what—and who—is worth dying for.

This book has had an awful lot of hype surrounding the story, and I had a lot of expectations riding on this book after I’d heard about it. It DID NOT disappoint me in any way! It is an OH MY GOSH book.

I have to start with the vampires of this book. They are not the sparkly, insta-love, friendly vampires. They have fangs, they are all grit and raw action and they have no morals. I adore them! Humans are literally blood cattle and nothing changes that view, not even our main girl becomes all preaching of humans being the greater population. They are the food and they stay that way! The vampires stick to their nature and for that alone this story could rock into the five stars! These vampires really are REAL vampires. You can’t get anymore gritty than these.

Then we have the rabids, they remind me of zombies and are similar in a way. These are epitome monsters that don’t hold back. If you watch ‘The Walking Dead’ they remind me of those zombies because these rabids are not something with a thought, they are following a desire for blood and they will kill.

Allie, she was nice, maybe a little annoying for the first part of the story and then she rocketed into ‘wowdom’. She became a realistic, gritty character who faced hardship, had real emotions and I just all around fell behind her and supported her. Kagawa has made a realistic teenage protagonist that isn’t dumbed down. She is an independent thinker who is kick ass enough as her own female lead without a guy to lean on.

Zeke. He was sweet, a little naive, but brave and kind. You couldn’t help but feel he was cute and get a little enamoured with him, but he didn’t have enough substance for me. We had a real connection to him and his love built for Allie and was entirely realistic. It was heart-breaking and emotional to read, but utterly realistic! Zeke overall was an easy character to like and he was everything a leading male should be, but ultimately I fell for Kanin in the first few chapters of the story. He was intelligent, witty, tormented and he had this aura that screamed masculinity.

Kagawa doesn’t hold back on the gore and brutality of a dystopia world that I think some dystopia authors can lack and I think this is part of the excitement of her story because it makes it RAW and powerful!

This book is descriptive without it taking away from the fast pace of the plot. There is plenty of action to keep your entertained and angst is certainly in buckets full. But it’s not cheesy. I found myself near tears at certain points, but I am rather emotional. Not only is it descriptive, but it doesn’t fall into simplifying language, it really attempts to stretch one as a reader, which I think is vital for young readers of today.

Without a doubt I can say, this is a refreshing addition to the young-adult genre. This is definitely the type of book young people should be reading. It’s exciting enough to keep them interested and of a great quality that makes it one of the best books I’ve read in a while. To me, this holds in the ranks of Harry Potter and I only hope the story can continue to be so fantastic in the rest of the series to come!

It’s fantastic and I cannot help but gush!

Let me know what you think!

Tagged as Blood of Eden, Favourites

Plot: As the vampire warriors of the BLACK DAGGER BROTHERHOOD defend their race from their slayers, one male’s loyalty to the Brotherhood is about to be tested – and his dangerous mixed blood revealed.

Caldwell, New York, has long been the battleground for the vampires and their enemies, the Lessening Society. It’s also where Rehvenge has staked out his turf as a drug lord and owner of a notorious nightclub that caters to the rich and heavily armed. His shadowy reputation is exactly why he’s approached to kill Wrath, the Blind King, and the leader of the Brotherhood.

However, Rehvenge has always kept his distance from the Brotherhood. He’s a symphath and the revelation of his deadly secret will result in his banishment to a colony for sociopaths. And a plot within and outside the Brotherhood take their toll against Rehvenge, he turns to the only source of light in the darkening world: Ehlena, a vampire untouched by corruption that has its hold on him – and the only thing standing between him and eternal destruction.

Review: Damn this book was long, but it was utterly fantastic.

J.R. Ward really leaves little space for me to criticise. She manages to envelop secondary characters with individual storylines that are all interwoven with the main pairing, Rev and Ehlena and makes everything exciting and interesting. Despite the secondary characters all gaining their own attention it doesn’t take it away from the main storyline.

It was lovely to see the reappearance of Wrath and Beth who we meet in the first book, Dark Lover. I advise you all if you haven’t read the Black Dagger Brotherhood series to go rush and buy them! They are utterly fantastic and only get better! However, don’t read them out of order because they really require the precise order to make any form of sense because of the character depth and storyline.

By the end of the book I was in the state of happiness and despair. The action Ward creates is indescribable and the ending makes sure we cannot wait for the next book!

Rev has to be one of my favourite all time characters! He was on the peripheral for most of the previous books and somebody I failed to connect with, but Ward brought him in at the perfect moment. He’s everything your lead male should be and by the end I was a gooey mess on the floor. A sweet kind of over-indulged mess!

After all, he manages to be the strong, sexy male throughout the whole book with this unwavering devotion to protect those he cares for. What more could a girl ask for?

Saying that, these book shouldn’t just be labelled as for the female population, because it is clear to me, that both women and men can love them equally. The third person perspective that Ward presents that allows her to adopt the view of so many characters allows you to delve into the story from your own perspective and rather than attempt to view the plot from a female/male perspective you can take it as your own and really enjoy it.

My only problem if I had to pick one with this book, is the villain. I truly detest him beyond belief. I think that’s the point, but it’s to the extent that I skim read the sections that follow his life. However, having said that his character is brilliant as a leading villain, but for me, I cannot stand to read about him!

This book really does contain everything and the suspense is fantastic. We get a build up of so many key events that it becomes almost the perfect ‘Disney’ moment. 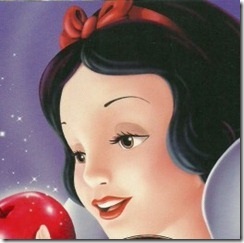 I fail to see how Ward can truly offer us more in one book, because she seemed to surpass her usual standards with Lover Avenged and I know I’ll certainly be picking ‘Lover Mine’ up very quickly in deed!

Just read the series because you will not regret it!

Let me know what you think!